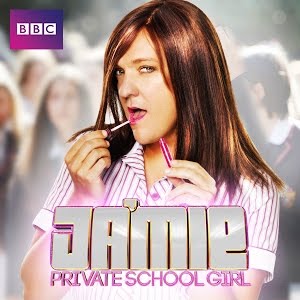 Kitty Stuckey is the costume designer for the Australian ABC show Ja’mie: Private School Girl (Also airing in the US on HBO).  While watching the show I couldn’t help but wonder how Chris Lilley goes from Chis to Ja’mie King, what’s involved? A padded push up bra? Corsets? Well, Kitty Stuckey answers these questions! She explains Chris’ transformation, how it is like working behind the scenes on the set, dissects Ja’mie’s outfits and even goes into some of the pieces worn by the supporting characters!  It’s really an interesting read.

ShopYourTV: How much input do you have on what was worn on the show?

Kitty Stuckey: As the Costume Designer I have a lot of input into what is worn on the show but Costume Design is always collaborative.

It starts with the script and Chris’s vision of what he wants the characters to express through their clothes. Chris rarely has very specific costume ideas but it is very important to him that the characters look accurate to their particular demographic or group. Then there is the collaboration with the Production Designer, it is also important that the clothes work with the other design elements, the house interiors, the hand props: phones etc. Then there is the collaboration with the rest of my department. Its very important to get a good team, bringing together all the skills you need and also the personalities to ensure you have some fun while you’re doing it! On “Ja’mie Private School Girl” as well as my usual Costume Supervisor, Michelle and on set staff, Donna and Angel, I employed Anita Fitzgerald as the Costume Buyer specifically for her skills as a stylist with a great eye for contemporary fashion. I knew I could trust her to do the majority of the buying for the quiches to leave me freer to concentrate on Ja’mie.

Then there are the actors, who also have an input, firstly an implicit input – their physical appearance; body shape, complexion and hair colour. A designer can have all kinds of ideas about what a certain character should wear but if it won’t suit the actor that is cast for that role there is no point in pursuing it. Secondly, Chris always wants the cast, who rarely have a lot of professional experience, to be comfortable and happy in their clothes so they get some input too but most decisions ultimately come down to Chris and myself. 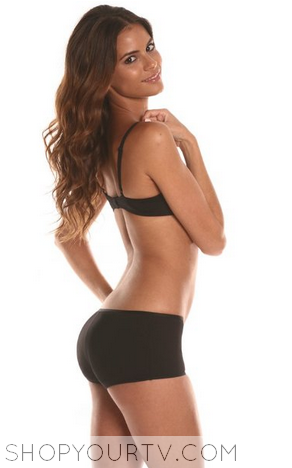 ShopYourTV: How was it like dressing Chris Lilley? Was it an easily transformation from Chris to Ja’mie?

Kitty Stuckey: It’s always fun transforming a man into a woman! It isn’t a difficult transformation per se, apart from some silicon breasts and some BubbleBuns Undies

[pictured to the right] for a girlier bum we don’t do anything too hard core to change Chris’s body shape, no corsetry or anything too uncomfortable. Instead we use all the usual tricks women have been using forever to highlight their good features and down play their worst features to lend Chris more girly proportions. A skirt that gives the illusion of hips here, the jacket that downplays his shoulder there, a dress that moves his waist upward, every item building the image. The interesting thing about those optical illusions is you should never think of them as hard and fast rules, horizontal stripes are always the most obvious illustration of this. When I was studying fashion design many years ago we did an exercise where you were given a page of 12 figures in sleeveless dresses of 3 different lengths and then filled each set of dresses with horizontal stripes of varying widths. You could then plainly see that not all horizontal stripes make you look wider (if memory serves the longest dress with the widest stripes looked taller and thinner than the rest) it is always a matter of the whole, not one element. It always pays to keep an open mind and stay observant.

ShopYourTV: The other girls (Ja’mie’s friends) wore cute outfits. What stores did use to dress these characters?

Kitty Stuckey: We had a limited budget to spend on the Quiches clothe

[Some of the stores shopped at]s (our biggest costume expense on the show was school uniforms for the Hillford girls and the Kelton boys) so we did shop around for some bargains. At the party we needed doubles on all the characters who jumped in the pool in case they had to do a second take so we really had to shop carefully for that one.

[view the outfits and where to buy]

ShopYourTV: We loved Ja’mie’s gold birthday outfit, would you be able to help ID where her skirt, top and jacket were from?

Kitty Stuckey: I’m glad you liked that outfit, the story of it is a classic tale of finding one item of clothing and not being able to find anything to wear with it, we have all been there!

My theory for the party was that the quiches would all wear clothes very similar in colour, shades of nude and peach, and Ja’mie would wear something brighter and more sparkly as she needs to outshine everybody around her. In terms of the television show it also means in a crowd scene at night they are easy to find as a group and even in the wide shots you can easily see Ja’mie. We found the skirt first, it was perfect, the skirt shape highlights the waist and suggests hips, the fabric is quite lush, the yellow is strong but not too lurid, the gold is bright but not too gaudy. Unfortunately both yellow and gold are hard colours to match and trying to match a particular yellow and a particular gold together proved near impossible. Firstly Anita shopped far and wide for a top to no avail then I shopped far and wide for some fabric to make a top instead. I found one, a $400 per metre italian gold and yellow lace which would take months to be ordered and sent to Australia, we were about 3 weeks from filming the scene at this point so that was no use. Necessity is the mother of invention they say. I found a peach cotton lace t on ASOS.com which I dyed yellow then one of my department Gabrielle did some gold foiling on the lace to tie it nicely to the skirt, Gabrielle also dyed a strapless bra yellow to wear underneath it and lastly Anita came back with the gold jacket, new stock from the same company we had purchased the skirt from in the first place so the gold was a perfect match. It all came together about a day before we shot it. 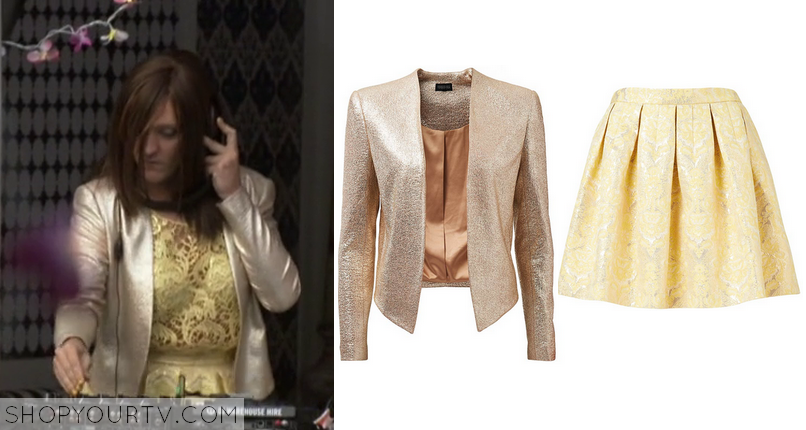 ShopYourTV: What was one of your favourite outfits worn on the show?

Kitty Stuckey: It sounds awful but I love the slightly tragic element to poor Jhyll in her soft floating beige tones. I love the clothes as reflection of her lack of strength, so ineffectual in denying her bullying daughter.

ShopYourTV: What was the best memory from the show?

Kitty Stuckey: One very funny moment was the first time we (crew and cast) saw the Ja’mie’s dance piece. We were shooting the dance class scenes and because of the walls of mirrors in the classroom most of the crew, roughly 15 people (me, director, director of photography, lighting, make up artists x 2, costume stand-by, props standby and assistant, grips, producer, first AD etc) were jammed into a small store room. I was kneeling on the floor peering under the producer, Laura Waters’ armpit to see the monitor and the dance was so ridiculous and funny we were all shuddering with stifled laughter (can’t make any noise and ruin the take!) It was very similar to the time we were shooting Mr G’s drama class montage on Summer Heights High, hilarious. I think the cast and the schoolgirl extras did very well not to lose their shit. As soon an the first AD called cut we all dissolved into laughter.

ShopYourTV: How did working on Ja’mie: Private School Girl compare to other costuming jobs you’ve had?

Kitty Stuckey: As Ja’mie: Private School Girl was the fourth show I’ve done with Chris Lilley it was not so very different. A lot of the same crew have worked on all of them so it’s always a pleasure to get back together every couple of years and do something new. 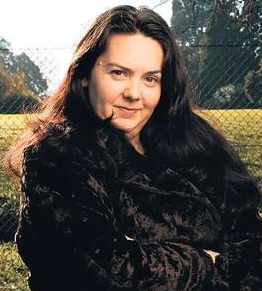 Kitty Stuckey flies under the radar on social media, but if you are interested in finding more information, her buyer Anita Fitzgerald  has a website anitafitzgerald.com.

From the ID’s that Kitty Stuckey has provided, I’ve put together a few posts where you can buy the items just incase you saw something you liked on one of the “Quiches” or even on Ja’mie. You can view them here.

Hey I'm Chloe and I created ShopYourTV back in 2011 after leaving Uni for semester and being incredibly bored. My favourite TV shows are Breaking Bad, Game of Thrones, Shameless and The Office - which aren't always the most fashionable but I'm always committed to covering as many TV Shows as possible! 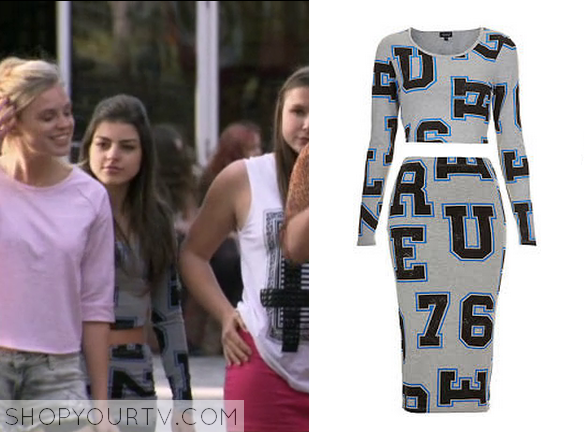 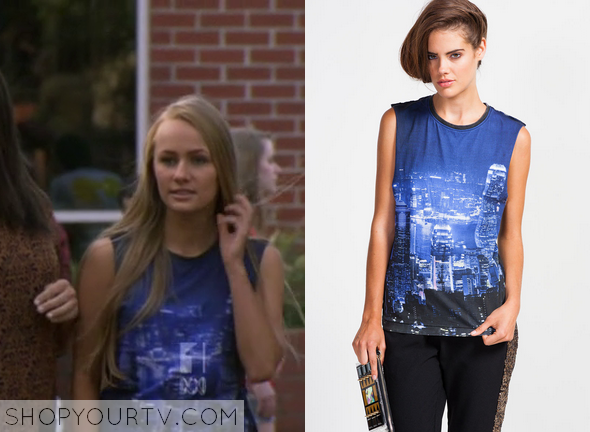 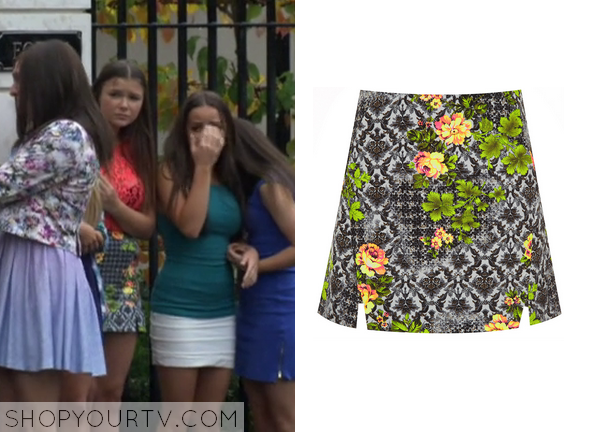