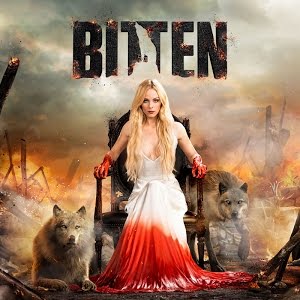 The first season of Bitten has recently come to an end, and it was one of the most requested shows to add to the website over the season, this was mainly because of Elena’s wardrobe. The costume designer for the show Joanna Syrokomla was happy to answer a few questions about Elena’s wardrobe, costuming for the show and even details on “pack’s” fashion. Read below to hear what she had to say, and learn a little bit more about what costuming for Bitten entails. 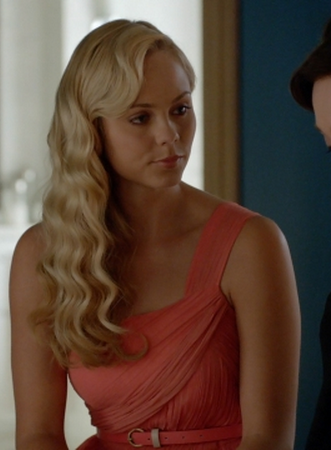 ShopYourTV: How does Elena’s style differ from the book? Why was it decided to go in that direction?

Joanna Syrokomla: Garment choices in books are often more general than film and tv as to not ‘date’ a book, while the needs of modern television is to be fashionable and hit the right trends that appeal to it’s current audience. Those who hadn’t read the books would wonder why is Elena’s wearing badly fitting thrift store jeans (as her character does in the book because she doesn’t care about her appearance, and actually would rather hide her beauty). This wouldn’t translate well to a very sexy and popular show. There still are tomboyish elements in Elena’s costume choices (which have become quite trendy, cargo pants, flat boots, henley tops, leather jackets) but the beauty of Laura Vandervoort outshines any of those things.

ShopYourTV: How much control do you have over the costuming? Is there a certain ideal you are told to follow/ do you get complete freedom? Do the actors get any input?

Joanna Syrokomla: Costume Design is quite a collaborative process, especially in a contemporary piece. After reading the script and in this case, the books as well, I bring images to the table and have discussions with the creators and producers. When the part is cast, I’ll bring these ideas up to the actor (and usually they’re totally game) and then we do a large shop. Depending on the size of the role, we may have several rollings racks of clothing and dozens of shoes/boots/accessories, etc. I have selected outfits to try but sometime the actor will have suggestions or you’ll find that some things work much better than others and just go with it. I also have to consider the practicality of the costume to serve the script- does it need to show blood, requires pockets, have to cover stunt padding? The fitting room experience is most terrific and finding the character with the actors can result in a lot of satisfaction for both parties. All the outfits are photographed and shared with the creators and network. They come back with their favourites and we distinguish the ‘look’ from their choices. From there, we continue in that vein of costuming for the character unless there’s a shift as there was with Nick’s character, then we continue to sneak fittings in throughout the filming process.

ShopYourTV: Where are your favourite places to shop for Elena’s clothes?

Joanna Syrokomla: Elena’s character officially doesn’t care about clothes as we see in the or second episode when Diane has to select a dress for her to wear to Philip’s sister’s wedding, but we still wanted her to have a casual style with an edge that does not look forced so we shopped mainly at Aritzia, Free People, BCBG, Guess [and JBrand]. When we got the lucky chance to dress her up we went to Intermix, TNT and Holt Renfrew.

ShopYourTV: Not only are Elena’s clothes great, the men are also dressed really well. What’s your main inspiration behind them, and the places you shop for their outfits?

Joanna Syrokomla: As there are so many different men on the show, they all needed distinct looks, but also it was decided that werewolves don’t wear jewelry as it would be a hindrance for when the ‘turn’ and strip. I wanted the male characters to look as though they would rip their clothes off at any moment because, well, they might and they love to run as wolves so again, they just might.
Jeremy was given vests as it was a nod towards being a more formal man, the Alpha, and yet still casual enough to wear around his country house as a painter. Nick was always more of the playboy type and is more trendy and up to date on available looks. He does become more serious and wears a suit and shirt almost identical to the one we first see his Father, Antonio in, when Nick is grieving (by seducing Amanda I might add).
Clay is a lover of his home and the country (so that he can be free as a wolf) and he had more of a cowboy homage with henley shirts and cowboy cut button up shirts. We only had 3 different pairs of jeans in his closet as his clothes are irrevelant to him, however there were at least five pairs of each jean for all his stunts. Michael lives in the city and is a bit more conservative in his look than the rest but has an urban edge when he gets casual which we see much more of in the ending of the season as he has to become a protector of his future heir.
We shop for them everywhere from the Gap, Hugo Boss, Diesel, Lucky Brand, Banana Republic, Denim and Supply, The Bay, Armani Exchange…I can’t even remember them all as there are so many boys to dress!

ShopYourTV: What was your favorite outfit you’ve put together for the show so far? 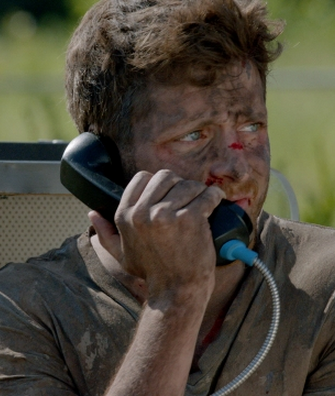 Joanna Syrokomla: I’d say it was Joey Stillwell’s t-shirt and cargo pants that were completely covered in mud so he could hide his scent. I’m similar height to Elias Toufexis so I put on a white painters suit, donned his clothes and rolled around in various shades of latex paint, dirt, dried leaves and gravel. In the end my team just threw paint at me as the rolling didn’t work too well. I think they enjoyed it however. I also did get paint all over myself. The make-up department did an incredible job matching the paint and giving him a very realistic look.

ShopYourTV: How does working on Bitten compare to other Costuming jobs you’ve had?

Joanna Syrokomla: Doing a tv show means you’ve got 6 days to prepare the episode (unless they decide to grab a scene or two even earlier as they’re already at that location) while you’re already shooting the previous one. So there is much shopping and bags of clothes moving in and out very quickly. Also on Bitten, I had more stunt people to fit than I had previously and discussed the needs of the costumes with the stunt coordinator on a regular basis which means we also needed many copies of each character’s costume because of the fight sequences and for blood continuity. I love to use accessories and jewelry to distinguish characters but because it was agreed our wolves would find them inconvenient, I had to depend on other clues to character and simplify the costume design.

ShopYourTV: What is your best memory from working on Bitten?

Joanna Syrokomla: We were doing a second unit (where the main unit shoots the major stuff and the second unit is shooting somewhere else with a much smaller crew) in Hespeler, Ontario shooting mostly Mutt stuff with the very funny Curtis Caravaggio, Michael Luckett and Pascal Langdale. The production decided to open accounts at the ice cream store, the local cafe, the fallafel house, etc so that as crew, we could wander in and get food all day long. The residents of that town are just so welcoming and kind and to spend the day there in the sunshine, laughing and dealing with a smaller cast and crew while gorging ourselves on ice cream was great fun.

ShopYourTV: If Bitten is renewed, will you stay on as the Costume Designer?

Joanna Syrokomla: I’d be thrilled to come back .Fingers and toes crossed for season 2!

Joanna has a webite and twitter if you wish to follow her, or have any further questions!

Hey I'm Chloe and I created ShopYourTV back in 2011 after leaving Uni for semester and being incredibly bored. My favourite TV shows are Breaking Bad, Game of Thrones, Shameless and The Office - which aren't always the most fashionable but I'm always committed to covering as many TV Shows as possible! 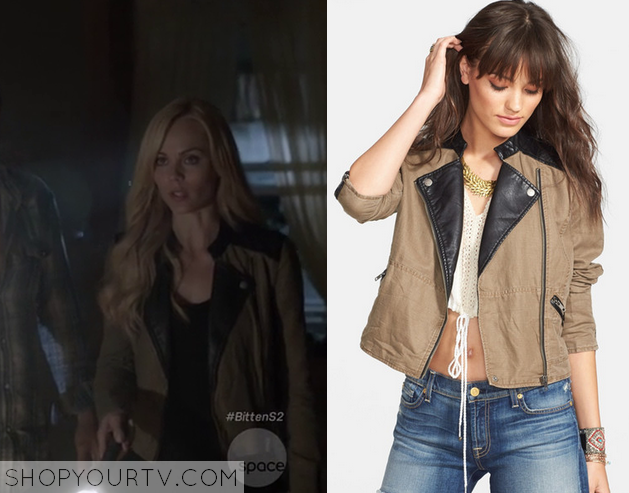 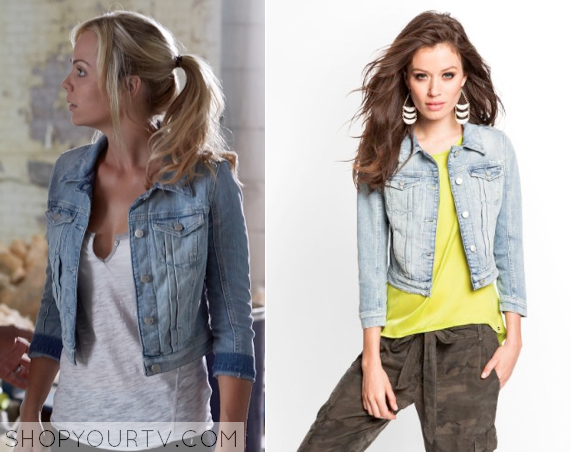